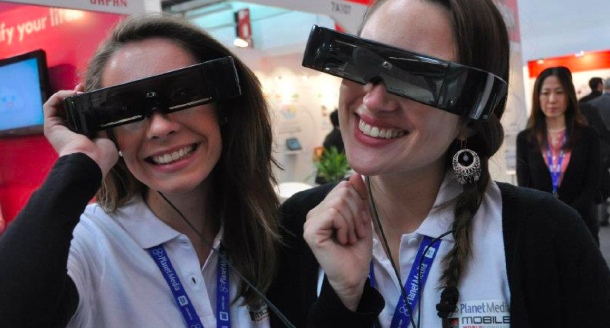 Formal cooperation of COIL A CIRCLE OF CHILDREN (originator of AR) is obtained, Smact Glasses Summit will be held on Aug 4 this year. The Smart Glasses is a computer type glasses connected to a network. This year, Products of a glasses type computer have been released one after another, such as the glasses project of Google. In the near future, the highly efficient glasses called just glasses (actually, in the world of COIL A CIRCLE OF CHILDREN, it is called just glasses) will be necessaries which replace a smart phone. In 2012 which can just be said to be the Smart Glasses first year, the town of the glasses which produce 96% of Japanese glasses, and Sabae will rise. [1][2]

The reasoning behind Smart Glasses is that they are simple and more convenient than a smartphone. Your current time, location, next plans, emails, and your friends' feeds surface when necessary on the glasses you always are wearing. Compared to the sluggish way of being called by your cellphone's vibration, taking your phone out of your pocket, releasing the screen lock, and finally knowing the contents of that notice, the information transfer speed of Smart Glasses that can always be projected before your very eyes is overwhelmingly fast. As a tool it's one that creates time. This outstanding tool creates much more time.

Smart Glasses are difficult because they require completely new collaboration. Non-cyberized, regular glasses are made through hundreds of manufacturing processes and they finally function as glasses after going through a fitting process to match perfectly with the person to wear them. Next generation glasses need a fusion of three major themes in this manufacturing process: hardware as a computer, software to design the experience had through glasses, and data on what the wearer sees.

"MOVERIO", the computer modeled from glasses by Epson that suddenly appeared last year in November 2011, was equipped with Android, the same OS as smartphones, and small projectors on the left and right temples (the sides of the glasses) and it reflected a 3D world in the user's vision by projecting on a special lens that includes a front half-mirror to blend naturally in with the user's field of vision. Somewhat heavy, lacking in vision correction, and with a big impact on one's appearance, it includes a battery and users can freely connect to the internet through wireless LAN and marks the moment of the birth of Smart Glasses.[3]

Software in Smart Glasses attract everything. It has new type of display that covers your eye sight and coverage is changeable, which is cutting edge glasses. It could substitute every situation such as the big-size screen, middle-size screen as navigation display, and small-size screen as aid display for near work. We can use it on every different situations using appropriate software. This experience could be more than smart phone.

A city is also changed completely with Smart Glasses. A direction board corresponds to global language, automatically displayed in the optimal language for the person, and only when required guidance is required, it is supported nonchalantly. It is more natural for the visible town to be also different, respectively, since the information which each searches are differs from those who are coming by sightseeing, those who are coming by work, and those who are living on that spot. Visualization of prosperity or reputation, guidance for the place which supports lunch and souvenir purchase for a short time, the delay of a bus or train, the road-repairing information, and the event of the area. Open government supports offer of these various data.

Ooguro city is an imaginary city and it is the basement of COIL A CIRCLE OF CHILDREN. In the setting, it is the 2nd example of semiofficial where most of governmental function is governed by corporations.Sabae city also insists citizens are the main players and delegates various services such as management of community centers and administrative events to the public. In addition to lacquer ware, textiles and glasses, the city claims themself as IT city and Mayer’s active participation in blog,twitter,facebook, and UST shortens distance to the public. The data city Sabae this year started to communicate governance information by XML data. [4][5][6]

The future visible through Smart Glasses is bright. The stress caused by information unclear, unfamilliar, and invisible will be solved with the Smart glasses optimized by every user, and the world of being easy to live for anyone will be realized. I would like to spread this vision in the world from Sabae. Talking with the COIL A CIRCLE OF CHILDREN producer, Mr. Mitsuki, the idea contest which presents the new world with the a Smart Glasses, and opening of the new world produced by enthusiastic producer from over the industry, this is Aug 4 (Sat.) Smart Glasses Summit. [7]